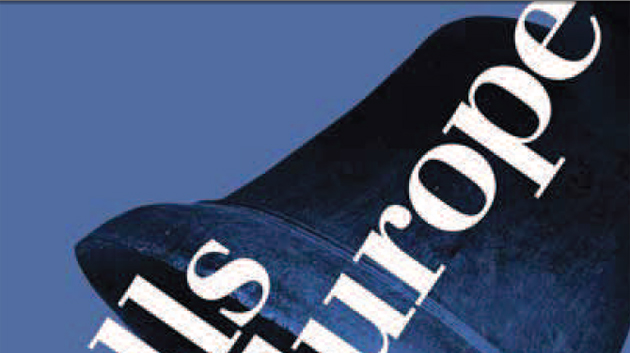 A new film about the bell ringing tradition in Europe and its religious heritage will be presented to Vatican authorities next 6th December 2011. Sala San Pio X, a few metres off St. Peter’s Square, will host the event to share with a selected audience some reflections of prominent European figures, both religious and seculars, about the role bells and Christianity in contemporary society. Pope Benedict XVI, Bartholomew I Patriarch of Constantinople), Kirill I (Patriarch of Moscow and all Rus’). Rowan Wiilian (Archbishop of Canterbury), Bishop Wolfgang Huber (Former Chairman of the Council of the Evangelical Church in Germany), Hans Gert Pöttering (former President of the European Parliament), Alexander Avdeev (Minister of Culture of the Russian Federation), F. François-Xavier Dumortier (Rector of the Pontificial Gregorian University in Rome), composer Arvo Pärt (author of the soundtrack), Italian bell-ringer Mr. Tarcisio Beltrami, and finally President of Italy Mr. Giorgio Napolitano will declare about one the most serious issues of our times. Notably, our Bergamo bell-ringer Tarcisio Beltrami will tell about his twenty years’ experience as churchwarden bell-ringers for services and carilloneur from 1946 to 1966. As quoted in the leaflet: “A journey across Europe to rediscovering reasons for hope”.

Jesuit Father Germano Marani, Pontificial Gregorian University Professor, involved us in Bells of Europe project at the end of 2010 after touring Europe for an intensive series of interviews with VPIs. In order to help Casas’ shootings with substantial witness from the past, Father Germano thought of an Italian ringers’ association whose members should include an old experienced ringer and a school for bell-ringers. On 11th and 12th December 2010 Casas visited Leffe and Roncobello for a long interview with Mr. Beltrami and his spectacular performance on the local belfry. Roncobello Bell Ringing School hosted Casas for campanine and some ‘sonatas’ on Roncobello bell-tower.

Bergamo bells have been inserted as humble witness of keeping a traditional alive while reflecting upon one the most urgent topics of our age. An intensive sequence of meditation marked by the sound of bells from Easter to Western countries, in search for unity and dialogue.

Bells of Europe in produced by Fabrica – Centro Televisivo Vaticano in cooperation with Rai Cinema and supported by Intesa San Paolo Bank. Buying info in our next article.