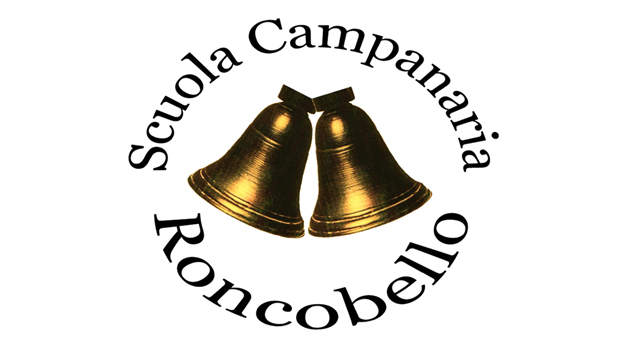 Scuola Campanaria di Roncobello (Roncobello Bell-Ringing School) was founded in year 2000 with the aim of preserving the traditional bell ringing style of Bergamo and providing youngsters with skills to ring bells and Bergamo handbells. Since its foundation, school teaching has proved so successful that it was decided to put up a band of young ringers to study the most interesting tunes recorded from old ringers and offer them to the audience in concert. Between 2000 and 2011 the group has given 180 concerts in the Italian churches, theatres and open spaces (squares, festivals, fairs). In 2001 Roncobello School joined the International Folk Festival of Suisio (Bergamo). In 2005 it rang for Fondo per l’Ambiente Italiano (National Trust) on the inauguration of a 17th century restored mill at Roncobello. In 2006 the band rang on the inauguration of the restored wooden bell frame of Lenna (Bergamo) and was invited by Bergamo Rotary Club for a Christmas Concert. On 14th September 2008 Roncobello School rang the bells of several church towers of Milan with Federazione Campanari Bergamaschi for MITO International Music Festival of Milan. On that occasion, 1500 people listened such an unusual concert from Duomo terraces. On 26th July 2008 Scuola Campanaria visited English Suffolk ringers and performed at Grundisburgh. In 2009 the group played in Sardinia during a meeting with local ringers and folk dancers. In 2010 Scuola campanaria was in Pilar de la Horadada (Alicante) for another concert with Coro della Scuola Campanaria. On December 2010 Vatican TV visited Roncobello for some footage to be included in the special DVD ‘Bells of Europe’. So far four compact discs have been produced in cooperation with Federazione Campanari Bergamaschi, whose membership has proved essential for its development. Its repertoire spans from religious melodies to traditional tunes, all of which result from a careful analysis of our collected musical matter: interviews to old ringers, transcription and analysis of the different ringing styles of Bergamo valleys. All the repertoire is taught and learned orally.